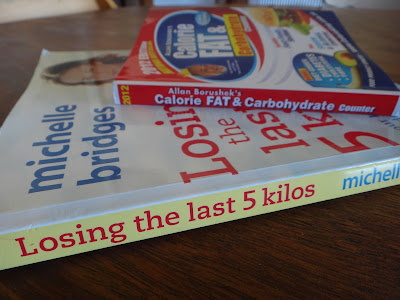 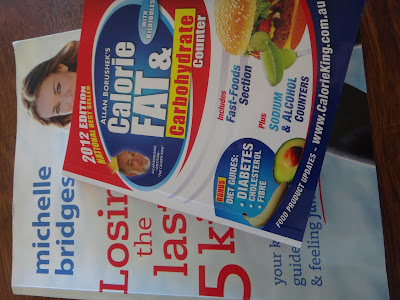 i actually never thought i would do it.
counting calories that is.
my personal trainer has recommended it and as i would like to lose at least five kilograms, if not a few more, so i thought i would give it a try.
boring i know but once you get the hang of it, it does seem easier to keep to a reasonable amount of calories each day.

it's been going well and i now don't have to look at the book to know approximately how many calories i have consumed during the day.

at first i thought i would get hungry but seem to be able to cope on 1200 calories per day.

i still haven't had any sugar (as such), its been 3 weeks now. a small amount of dried fruit and half a teaspoon of honey on my fruit in the morning is about as sweet as it gets for me. thinking about it now i realise that i haven't even really craved it.

jo
hi i'm jo, partner to one handsome man and mother to three beautiful daughters. i blog here, from a small town on the coast of south australia, to record our days which are spent watching the ever changing ocean... sewing... knitting... cooking... gardening... creating... nurturing...